January 28, 2016
Hi all today I am back with part two of our master bathroom renovation. In a previos post you saw the ugly side of reno, but this weeks post will be a little easier on the eyes, if you know what I mean. We chose 12x12 Calcutta white tiles for the bathroom floor, and since Hubby and I both loved it, it was a no brainer! 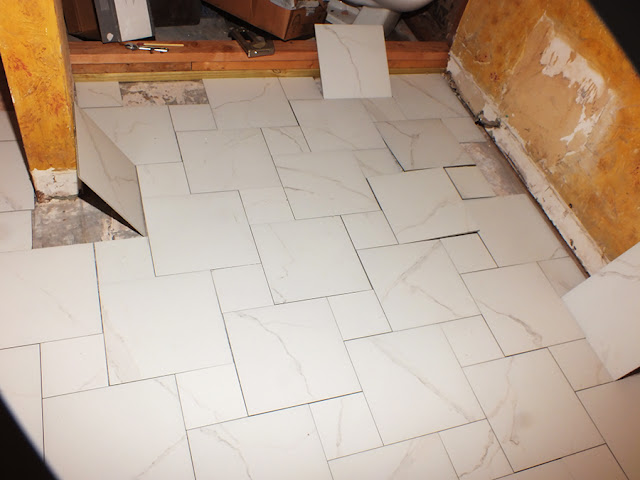 Once the tile selection was agreed upon the next step was to decide how we wanted to lay the tile. I was fine with laying the tile down in the traditional pattern, but Hubby had something else in mind. So he sourced the internet until he came up with a pattern that he really liked. He decided to lay the tile in a cobblestone pattern and I gave his decision a thumbs up. So the next step was to do a dry run. Hubby placed each tile down in the pattern of choice. This gave him a general idea as to how the finished product would look, as well as how many cuts he would need to make. But more importantly he would know whether or not he really liked the cobblestone pattern in our space. 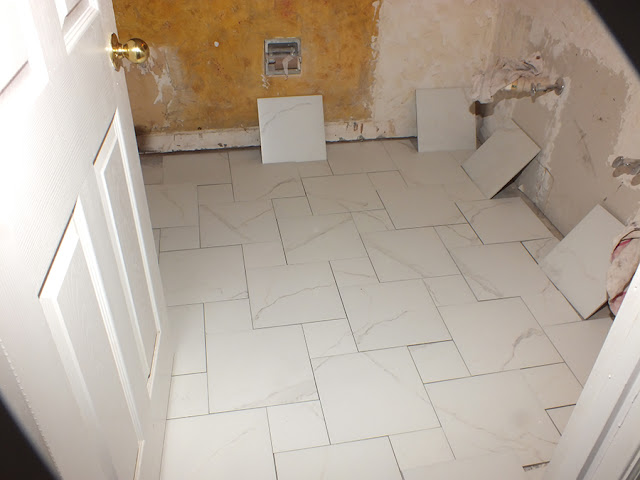 The decision was unanimous! We not only liked the cobblestone pattern but we also liked how the
pattern added interest to our Tom Thumb sized space. After the dry run and before the tiles were permanently laid, the walls received a fresh coat of light gray paint. It took several days for Hubby to install the flooring, but that was okay since he wanted to take some extra time to do it right. 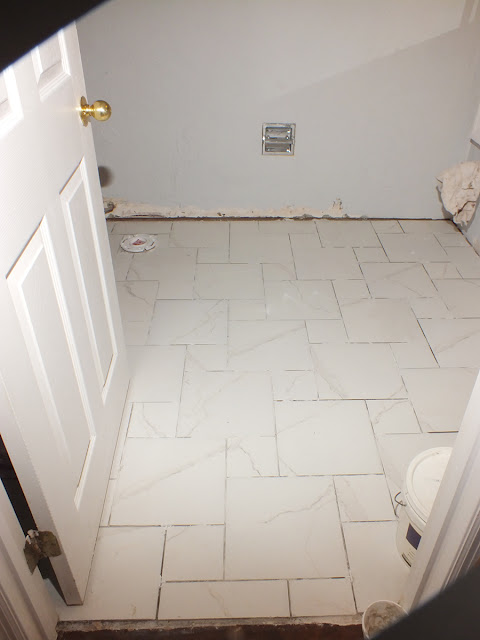 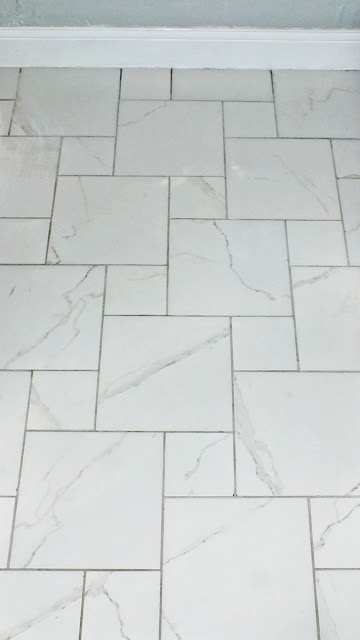 A close-up of the tile work. Hubby did an excellent job tiling. Can you believe this is his first tiling project ever? 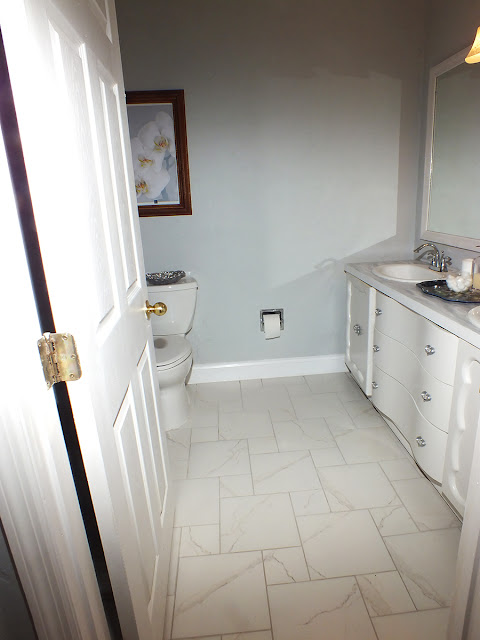 I will share the dresser/vanity makeover in a later post.
We had been waiting seemingly forever to reno our master bath and create a space we both could enjoy and be proud of, now it was becoming a reality right before our eyes. By now, we were getting excited because in a few weeks we wouldn't have to go upstairs to use the bathroom. Did I mention how excited we were? There are several things left on the to do list before this Reno is finished, and I can't wait to share the reveal with you! How about them floors!

GO OUT AND MAKE TODAY GREAT!