July 15, 2016
I had been wanting a farmhouse table for years, but since it wasn't a necessity I decided to put that thought on the back burner. Besides I already had a table, so getting another one was not a top priority. I figured, instead of buying a table I could use the money on something that I really needed instead. I'd some how hoped that all my rationale would convince me that I really didn't need the table, but it didn't. However, since I couldn't talk myself out of the table these were the stipulations I set forth concerning it. One, it had to be pre-owned because a newly constructed one would be way to pricey. Two, it had to have lots of character. 3, I was only willing to pay $200 or less for the table. Once the guidelines had been established, I ambitiously began my search at garage sales, thrift shops and on Craig's list. But I didn't have any luck. After several months of searching my ambition waned, and at this point, I was over it! I was ready to give up on having the table all together. However, one day while driving home from work, I noticed my neighbor was doing some renovations to her home. Workers were removing 2x10 cedar planks from the house and putting it to the road for trash pickup. I immediately knew that I could use the cedar planks to construct the top of the table. So I went home and enlisted the help of the Hubs and the Son to salvage as many usable pieces of the wood as possible. 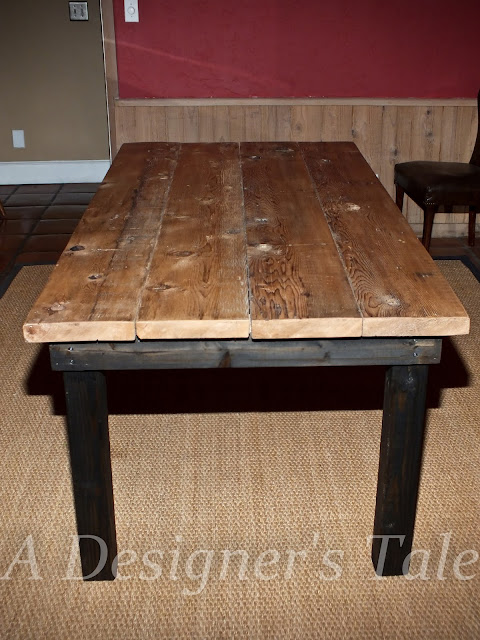 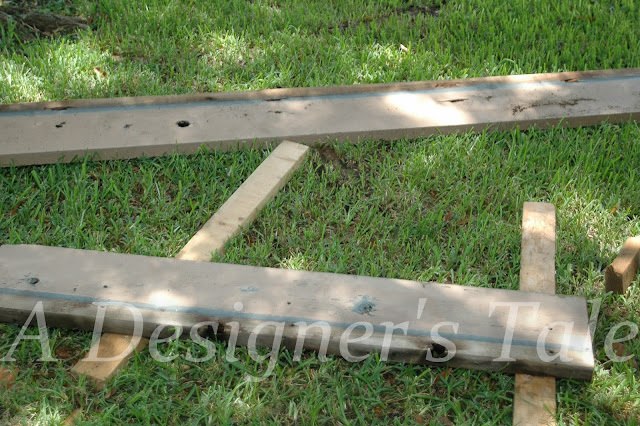 before
This is how the wood looked before the construction of the table began. It would take several hours for the table to look like the finished product in the picture above. 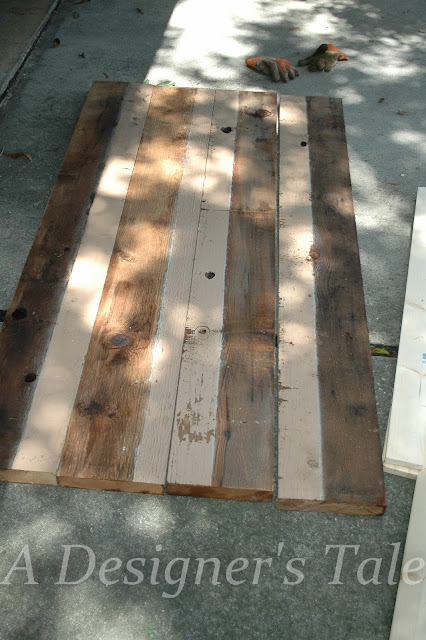 before
When the construction of the table began I was away from home, but Hubby got the project underway. He cut the cedar planks down to the predetermined size. 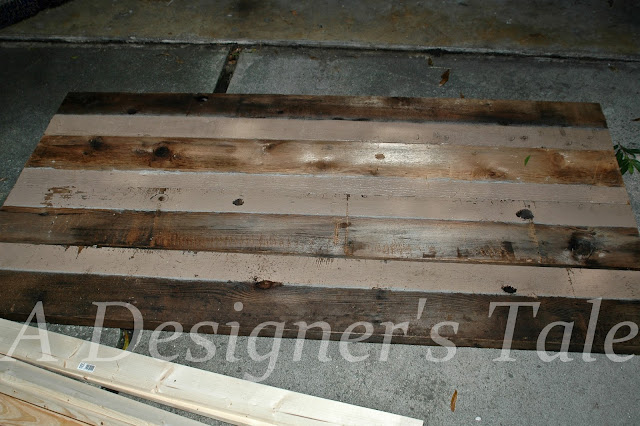 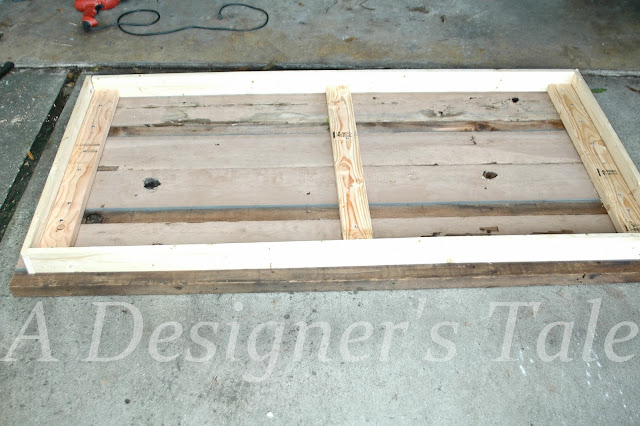 before
Hubby flipped the wood over and joined the planks with 1x4's. Then he framed the 1x4's with more 1x4's. Finally he cut the corners out for the posts/legs. Sorry no pic of the cut outs. 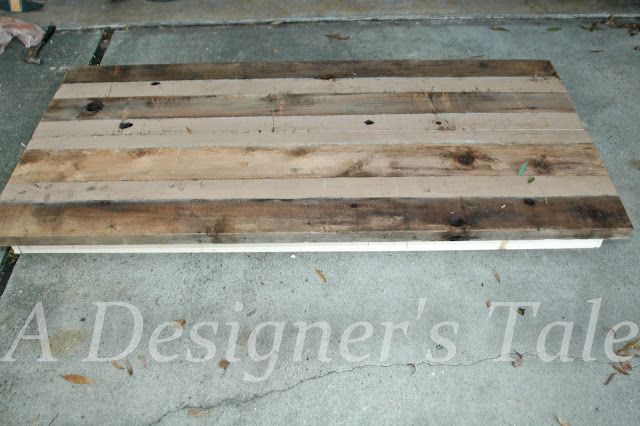 This is how the top of the table looked once all the wood had been fastened together. The top was worn, weathered, filled with holes, and full of character. 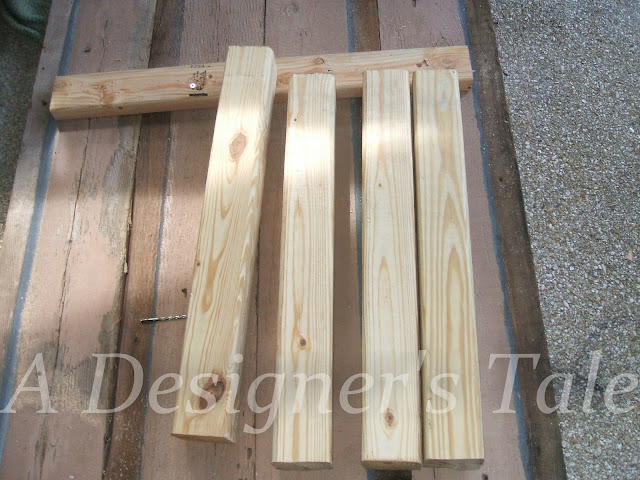 4x4 pine posts were used to construct the table legs. 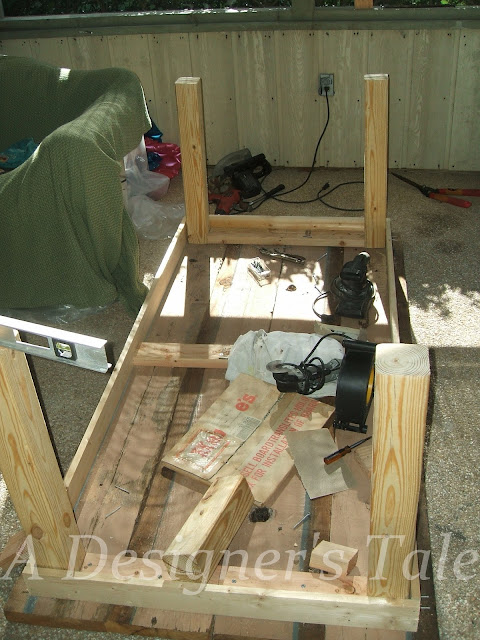 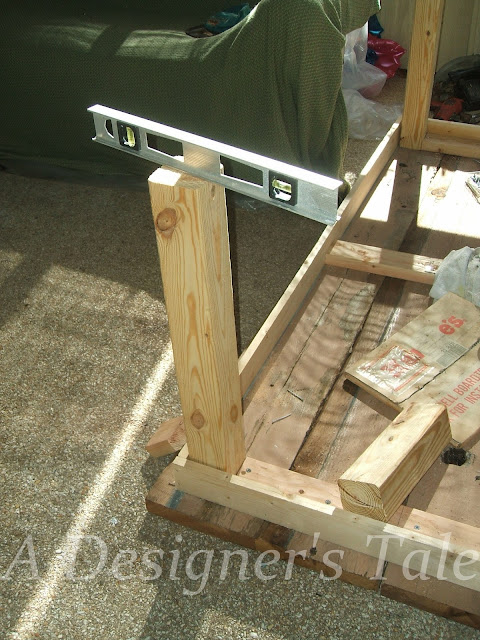 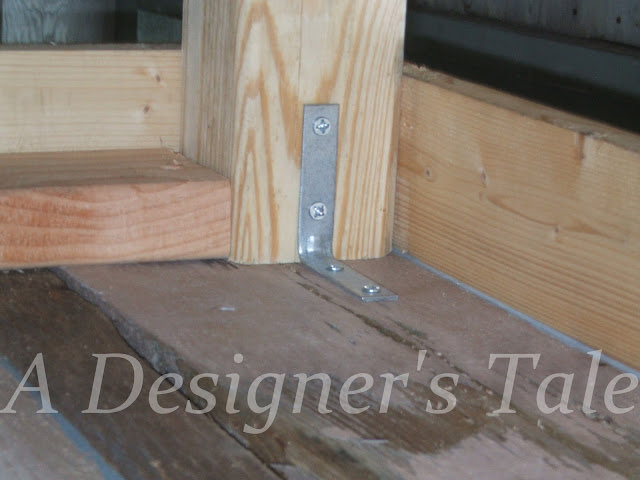 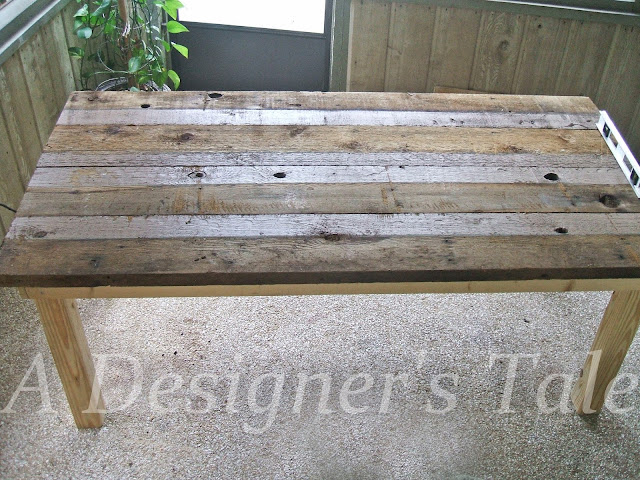 Constructing the table didn't take that long but sanding it down was a different story. 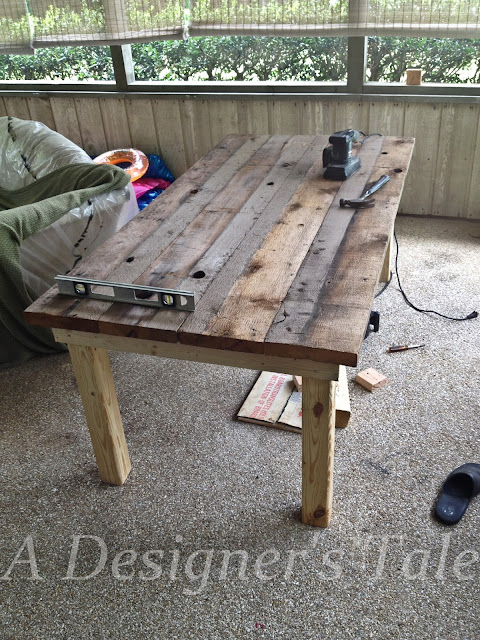 It took several hours of sanding before Hubby got the look we were after. 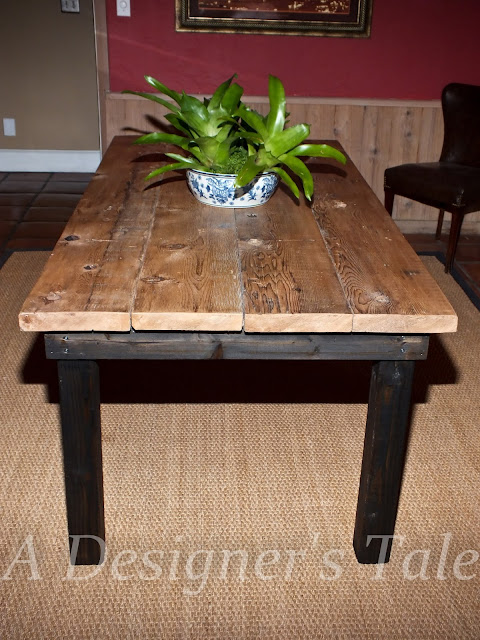 Once sanded, the table was thoroughly cleaned and a couple coats of paste wax was applied, to bring out the woods luster. The legs and base of the table were spruced up with a coat of espresso stain. At last, the table was finished! I love the table, it has tons of character and it came in well under my $200 budget. And I guess it's safe to say it was pre-owned. Come back next week to see my farmhouse table all decked out for Summer!